Why does Canberra have more social capital?

Newly elected Labor member for the seat of Fraser in the ACT, Andrew Leigh, argues that Canberra has the highest level of social capital of any of Australia’s capital cities. The former ANU economist contends that social capital – essentially the level of trust and reciprocity within communities – has declined in Australia. He points […] 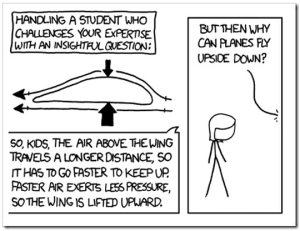 Newly elected Labor member for the seat of Fraser in the ACT, Andrew Leigh, argues that Canberra has the highest level of social capital of any of Australia’s capital cities.

The former ANU economist contends that social capital – essentially the level of trust and reciprocity within communities – has declined in Australia. He points to declines in active membership of associations, in religious participation, and in membership of political parties and unions.

We even have fewer close friends now than in the 80s – we’ve two fewer friends who could keep a confidence and we’ve lost half a friend who’d help us through a hard time.

Andrew concludes that there are several plausible explanations for this decline, including people working longer hours, the feminisation of the workforce and greater ethnic diversity. In addition, more time spent watching television, using a computer and commuting means less time spent face-to-face with others.

Most of these changes also have benefits, so he cautions against trying to return to the past. We need new and innovative ways to build social capital. He argues that the place to look for how we might increase social capital is Canberra. This is where it gets really interesting.

It turns out the national capital has the highest level of social capital of Australia’s major cities. Canberrans are most likely to give time and money, engage in the political process, and participate in local sports:

Andrew offers two reasons why Canberrans might have “cracked the secret of social capital” (although let me foreshadow now that I have a slightly different take on this).

First, they have much shorter commute times than other capital city residents, giving them more time for non-work activities. The typical full-time Canberra worker has an additional 88 hours per year of time free for other pursuits compared to his or her average counterpart in other Australian cities. In my view that underplays the benefit – on average it’s an extra twenty minutes per working day at a key part of the morning and/or evening.

Second, he argues that Canberra’s environment is conducive to physical activity. It has, for example, lots of parks and cycleways and neighbourhoods with walkable local shops and services.

My first reaction was that Canberra’s high score on social capital is probably best explained by its homogenous, highly educated population and by the high proportion of policy-oriented public servants imbued with the ethic of networking. However Andrew says he’s allowed for these sorts of factors and Canberrans still punch above their weight (although he doesn’t say by how much).

There might be other explanations – perhaps a disproportionate share of Canberrans have had to abandon established family and friendship networks in another city and as a consequence are more inclined to be outgoing and reach out to others. I don’t know. But I think there could be more to it than his argument about short commutes and walkability.

I think Canberra’s small population size and high level of car use might offer a better explanation.

The Australian cities which rank highest on the Public Participation Indicator (essentially a measure of volunteering) in the Australian Conservation Foundation’s Sustainable Cities Index are all small. For example, the five best performers, in order, are Bendigo, Canberra, Ballarat, Toowoomba and Hobart. Sydney and Melbourne come in at 19th and 16th respectively out of the twenty cities assessed by the ACF.

Data on regional Victoria suggests size also matters when it comes to commuting. The median combined (one-way) commute time for Geelong, Ballarat, Bendigo, Shepparton and Latrobe workers is 15 minutes, compared to 30 minutes for Melbourne. Mode share is also related to size – over 90% of regional work trips in Victoria are made by car compared to 75% in Melbourne.

Put simply, the reason Canberrans have more spare time to invest in building social capital might be because they live in a small city (population circa 350,000) and drive instead of using public transport. Small size also means there’s a greater likelihood they’re going to bump into people they already know – thereby reinforcing the relationship – at the shops or the town centre. You can go for years in Sydney and never accidentally run across your boss or your child’s teacher out-of-hours, but not so in Canberra.

What this all means is that it is very hard to apply the Canberra experience to big cities like Sydney, Melbourne, Brisbane, Perth and Adelaide. Policy makers should be wary.

Not only do commuters in big cities have a larger geography to negotiate, they are far more likely to use public transport than small town residents. The issue here is that transit commutes are much longer than car commutes. For example, the median (one-way) commute by public transport in Melbourne is 55 minutes while the corresponding car commute is 30 minutes. And your boss and your child’s teacher are much more likely to live in an entirely different world from you in a city like Sydney.

Andrew Leigh is publishing a new book this year on social capital in Australia, Disconnected, which I’ve put on order. I like his work and I’m looking forward to reading it. I will be interested to see if he’s taken account of the literature on constant travel time budgets when he discusses the role of commuting time in the decline of social capital.

Editor of The Urbanist @MelbUrbanist

The Urbanist is edited by Dr Alan Davies, a principal of Melbourne-based economic and planning consultancy, Pollard Davies Consulting.